Having prominent ears might be a problem for many people. You become an object of sarcasm even at very early ages. These memories have an influence on our future as well as our development.

In order to ensure that kids no longer experience these bad memories, ear correction is now possible to be applied even before schooling age.

Of course, this treatment is also successfully applicable to adults who had complaints for a lifetime.

A congenital deformation on ear cartilage or unsymmetrical growth of cartilages in puberty may result in prominent ears.

You must not take aspirin or sleeping pill and avoid drinking alcohol at least for a week before the surgery. Aspirin and other pain killers will cause a delay in blood clotting time and that may increase the risk for bruises.

Smokers must stop or minimize any nicotine consumption 4 weeks before the surgery in order not to risk healing process.

The course of the surgery

Ear correction operations are usually performed under local anaesthesia but complete anaesthesia is also possible upon request. You or your kid may go home directly after the surgery without the requirement of staying at hospital. If your doctor thinks necessary, then you stay over a night.

There are several techniques to move the ears closer to head. Basic principle is to remove the extra cartilage or reshaping the distant edge.
First of all, skinfold behind the ear is cut; thus, the skin and the cartilage are carefully separated. Once the cartilage is free, it becomes possible to reshape it via special instruments.

Later on, the cartilage is partially removed, either it is cut or ablation is applied. The new shape is reinforced via stitches and the wound is stitched.

In the post-surgical period, a special bandage is worn day and nights for 2 weeks and then only at nights for one or two weeks. The most suitable form of bandage is a Velcro forehead bandage.

Stitches do not need to be removed as they drop on their own. In time, stitch marks behind the ear disappear. Final results are visible at the end of two or three months.

Thanks to ear correction application, children become free of being an object of sarcasm among their peers.

In exchange of what they have suffered from their prominent ears so far, adults regain their confidence and a new enthusiasm for life. 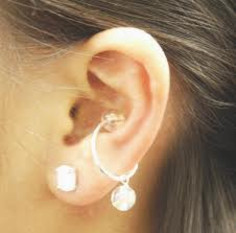 We carefully plan your ear correction treatment in Turkey, together with you.